A Case for Passive Voice 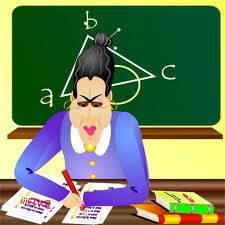 Recently, I found an essay written by my high school daughter, who, I am sure, could write the pants off of me six days out of seven. It caught my eye and then my ire when I noted the red marks in the margin where her English teacher had written the word, “Passive!” as if it were a capital offense. I read the piece once again impressed at both my daughter’s wit and her finesse in making a point, (a good reason no one in our house likes to go head to head with her in debate.) One of the three sentences flagged as passive was not passive at all. The teacher had made the classic error of considering all use of the “to be” verb as passive. In the other two sentences, which she flagged with flourishing red pen, the use of passive voice was really the best choice. Preached against by English teachers, editors, and grammar police alike, the use of passive voice is sorely defamed.

Passive sentences are said to be more difficult to understand, while the active voice is acclaimed as stronger, clearer, and often less wordy. Before I state my case for the passive voice, let’s quickly review the difference between the two. “A bee stung the man in the park,” would be active versus, “The man in the park was stung by a bee,” which is passive. Simply put, if the action of the verb (to sting) is being performed by the subject (the bee) then a sentence is in the active voice. If the action of the verb is being done to the subject as in ,“the man is stung by the bee” then the sentence is passive. A few more examples may be helpful.

“The caterer picked up the cake yesterday.” (Active)

“The cake was picked up by the caterer yesterday.” (Passive)

“Her husband fixed dinner for everyone.” (Active)

“Dinner was prepared for the all the guests.” (Passive)

While the active is the most direct, there are many reasons one may choose to use passive voice. Three of the most commonly accepted uses are when:

1. Emphasizing the action over the doer: “That section of 88 is heavily travelled.”

2. Highlighting the recipient of the action:  “The reward was given to Mrs. Smith.”

Tone and pace, in my opinion, are two more good cases for choosing passive voice. Passive sentences can change the feeling or tempo. They often sound softer, slower, or quieter than active voice. Used with precision, one passive sentence can stand out creating a memorable effect.

“Amy stormed in the room, strode to the desk, and rifled through the papers. Not finding it, she tore through the desk drawers, flinging loose-leaf and folders in a snowstorm of paper. She attacked the wall of books last, until she stood knee-deep in volumes and torn dust jackets. The room was trashed, the paper was lost, and Amy was spent.”

Consider how passives could be used one after another, perhaps purposely lulling the reader into a passive mood himself. Think of Joe, a tortured character, helpless against a tide of unlucky events, a victim of circumstance.

“Joe was whacked by the door, nipped by the dog, whipped by his girlfriend, and now betrayed by his own GPS.”

The effect of passive here may help the reader to feel as powerless as Joe. These quick examples are just off the top of my head, but I’m sure I could come up with them all day. What bugs me is this unthinking knee-jerk reaction to passive sentences displayed by so many teachers and grammarians.

From what I understand, passive sentences weren’t even bad-boys until sometime after 1930. According to Jan Freeman writing in the Boston Globe, (Mar. 22, 2009) the passive voice wasn’t described as a weakness in US writing handbooks until the 1930s and 40s. George Orwell further damned its use in an essay in 1946. Freeman called it a “recent “US fetish,” and pointed out that Orwell himself used the passive voice liberally in the very essay in which he criticized its use. Once again, the examination of the history of this grammar axiom brings to light something that grammarians should never have allowed to become such a hard and fast rule. Of course, even using the word rule for what should be a guideline reveals much of what incites educators today to the mindless enforcement of a ban on the passive voice.

So, is writing improved with the strict application of active voice? Is it clearer? Not necessarily. Should a writer be cautious of passive voice? Certainly, its use should be limited and judicious, but for teachers and writers alike, the principles that govern the legitimate use of passive voice must be respected. I say every sentence in every composition should be judged, not by a set of rigidly enforced rules, but by its clarity and contribution to the piece as a whole.

4 Responses to A Case for Passive Voice